When Jews fleeing the 19th-Century pogroms in Eastern Europe came to Argentina most of them went to the cities. But a few set up communities in the remote countryside. These farmers became known as the Jewish gauchos or cowboys.

Arminio Seiferheld is one of the last remaining Jewish gauchos - tending his cattle by day and officiating at the synagogue by night. 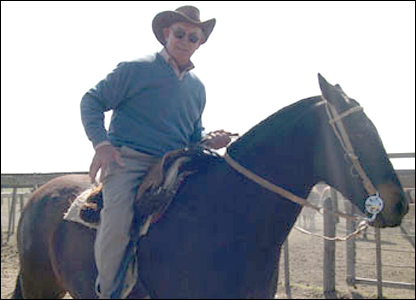 Moises Ville
Moises Ville, in the northern Santa Fe province was, for a time, called the Argentine Jerusalem.

It was founded in 1890 and was the first of several funded by the Jewish philanthropist Baron Maurice Hirsh. At its peak, it boasted four synagogues, Argentina's first Jewish cemetery, a theatre, a Hebrew school and a public library.

It was a town rich in cultural and religious life, and in harmony with the rest of the country's rural society. 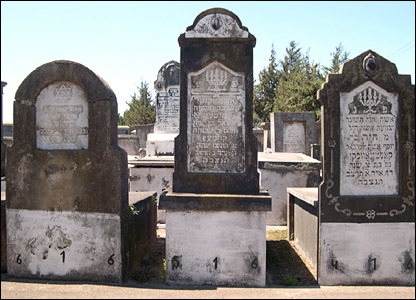 Folk dancing
Now only about 10% of the population of Moises Ville is Jewish. But the Kadima theatre is still running and the signs of integration are apparent, with non-Jewish girls attending Israeli folk dancing classes and the town's only bakery making and selling apple strudel, kamish and challa breads alongside the more traditional Argentine breads and pastries. 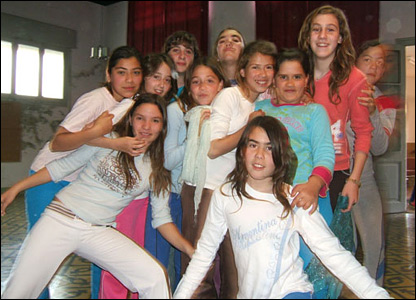 Moving away
Arminio's father arrived with the second wave of Jewish immigrants to Argentina - those escaping Nazi Germany. He swapped three bicycles for three cows and began his life as a Jewish gaucho. Arminio has continued the tradition but his four children like so many young rural Argentines have moved to the cities. One lives in Israel and all speak fluent Hebrew.

His daughter, Patricia, who lives in the city of Rosario, says she brings her son, Eliel, to Moises Ville as often as she can. 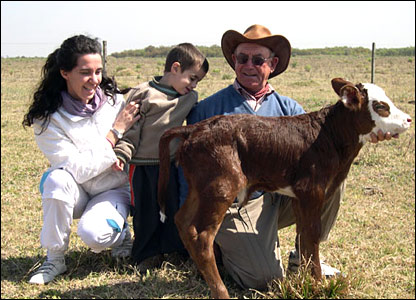 Traditional
One of the last of a disappearing breed, Arminio wears bombachas - the baggy, hard-wearing trousers used by Argentine cowboys. And, he sips the bitter mate tea drunk in these parts through a "bombilla" or metal straw out of a wooden gourd clasped in his hand. 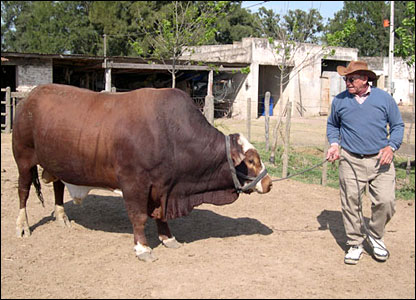 Evening job
At the end of a long day on the farm, Arminio rushes home to shower and change to officiate at the only synagogue that still functions in Moises Ville.

The Jewish congregation, like most in the other rural Jewish towns in Argentina, is small and elderly and does not warrant its own rabbi. 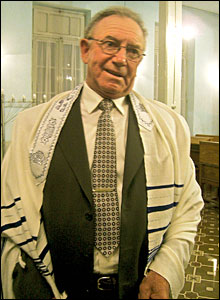 Future uncertain
The future is uncertain. But for now at least, the Hebrew prayers and traditions brought from Eastern Europe more than 100 years ago still mix with the sound of crickets on a starlit night on the Argentine pampas. 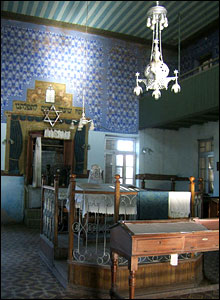